Ariente Gaeaire started off life with everything she could have wanted, growing up amongst the wonder and architecture of the Shimmerene city in Summerset.

At an early age Ariente always knew she was going to be a sorcerer but it all started when she found her father’s inferno staff and it started humming as she approached it; unfortunately, she almost ended up burning down the house. After this “minor” incident, her mother decided that magic was too dangerous for Ariente to be using at such a young age and forbid here from practising … this did not go down well.

A few years later, Ariente was studying architecture when a mage named Yashar Ashshade, who passing through from the College of Winterhold in Skyrim to research the Crystal Tower on the Summerset Isles, made her realise how much she missed practising magicka. They spent many an hour walking along the cliffs around Skywatch discussing the many aspects of spellcasting from alteration and destruction to mysticism and thaumaturg, this was until Ariente’s mother intervened and Yashar was advised to return to Winterhold.

Ariente decided it was time to move away from architecture and headed after her soon-to-be mentor.

Many years later, Ariente had risen from the rank of apprentice to the rank of Warlock and was frequently being requested solve the petty differences and troubles around the mountains of Wrothgar where she battled with ice atros, ice wraiths, Nereid and bears on a regular basis. So much so that she started to experiment with various alchemic formula to find a way of reducing the chill, unfortunately things went a little bit too far and the chill took hold in more ways than she cared for; by hardening her skin and transforming it in to ice.

Upon returning to the college, the arch mage with support from the other guild members set about trying to undo the powerful magic that beheld her without success. After being prodded, poked, experimented on in a vane attempt to cure her of this affliction Ariente decided to return to her family in Summerset before travelling around Tamriel to look for a cure … to this date no cure has been found.

There are a number of good races for magicka based classes in ESO but Ariente is an Altmer (or High Elf) to get the damage benefits from the following passives:

Other good alternative races would be Breton which is good for sustain and produces about 3-6% less damage than the Altmer race. The Dunmer (or Dark Elf) race is also pretty good if you want to build a fire based skill such as a dragon knight or fire sorcerer but it will produce about 10% less damage than the Altmer but fire resistances will be improved by 2310 and you’ll gain immunity against burning effects… great for budding Vampiric builds.

When it comes to gear, the current meta is False God’s Devotion / Mantle of Siroria and Mother’s Sorrow but there are some good alternative sets out there such as Spell Strategist, Burning Spellweave or Medusa depending on the role you want to play i.e. primary DPS or supporting DPS builds.

Ariente runs the following in most situations but switches out for Siroria on boss fights that allow for a more typical dummy humping parse to be carried out: 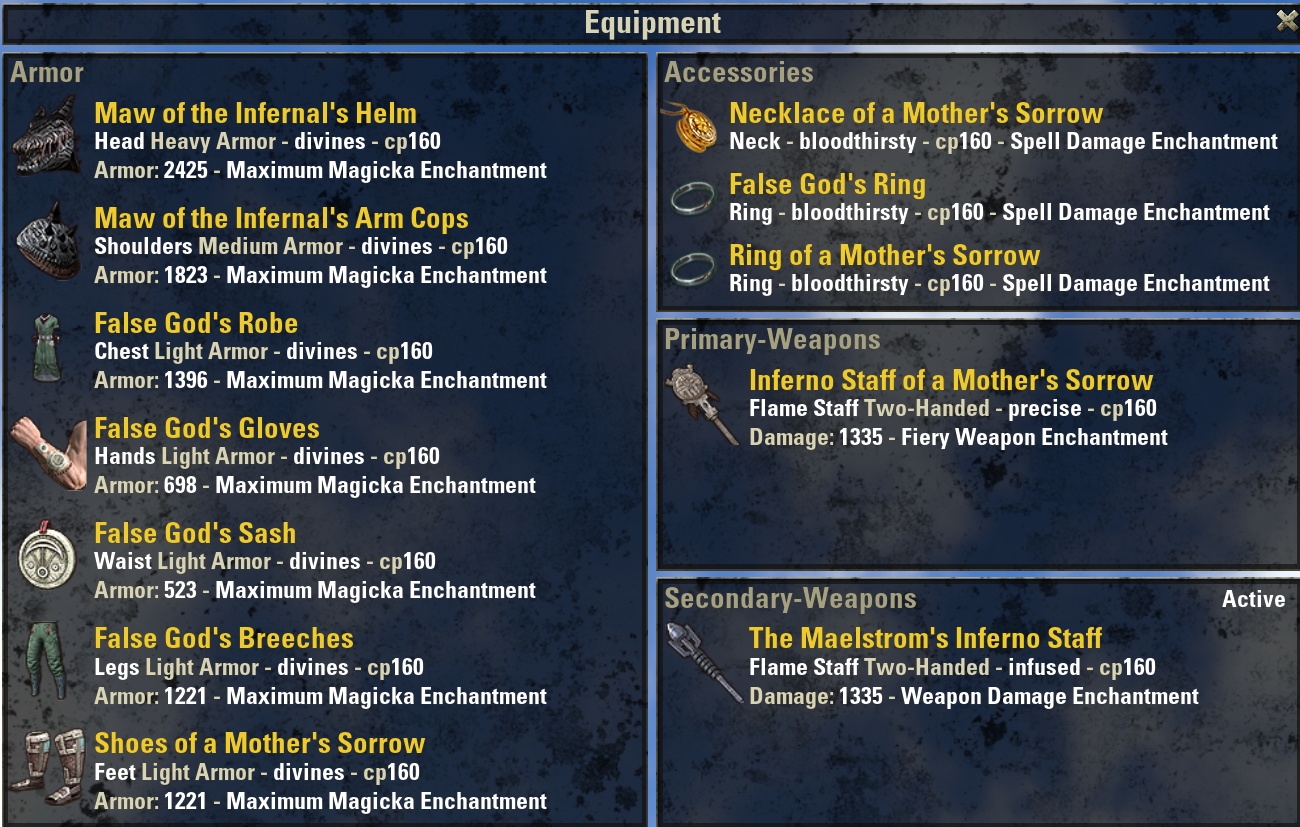 The ice mage runs a pretty simple 1 pet setup when it comes to the skills: 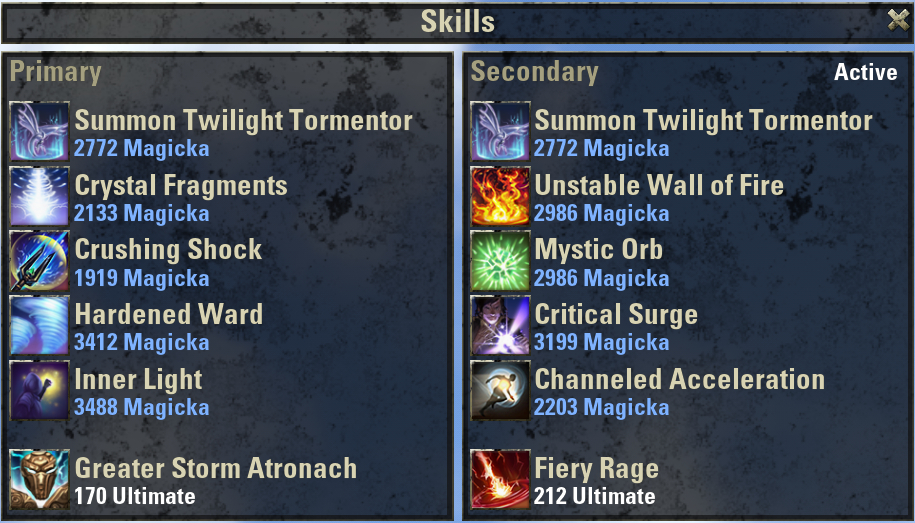 There are a number of alternative skills that you can use depending on the situation, for example:

Essentially, the options are endless but the key is to have fun with the build and experiment with different skills until you find what works for you.

Ariente runs 64 attributes into Magicka with the following champion points:

When it comes to the green champion point line, the primary focus here is to increase magicka recovery (Arcanist) and reduce the cost of break free, dodge rolling and blocking whilst ensuring we get the Treasure Hunter passive from The Shadow line.